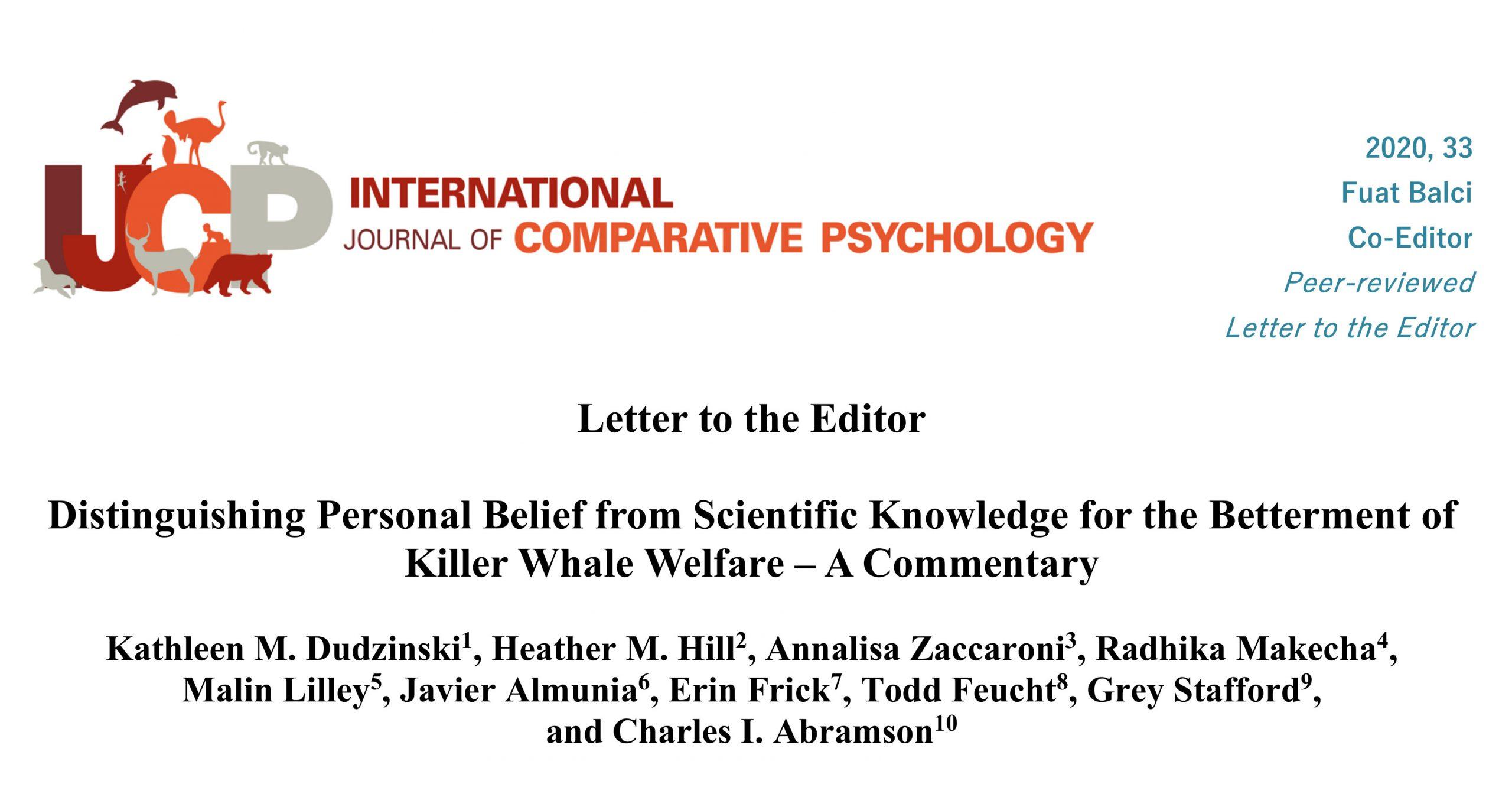 We contest publication of Marino et al. (2019) regarding captive killer whale (Orcinus orca) welfare because of misrepresentations of available data and the use of citacions that do not support assertations. Marino et al. misrepresent stress response concepts and erroneously cite studies, which appear to support Marino et al.’s philosophical beliefs regarding the cetacean hyphotalamic-pituitary-adrenal axis.

To be clear, these misrepresentations are not differences of scientific opinion, as the authors’ conclusions lack any scientific basis. More extensive review of Marino et al.’s citacions reveal a dearth of empirical evidence to support their assertations. Further, Marino et. al’s approach to animal welfare is not consistent with conventional veterinary approaches to animal welfare, including their apparent opposition to the use of preventative and therapeutic veterinary interventions.

While Marino et al. argue that killer whale’s cognitive and spatial needs preclude management of this species under human care, misrepresentation of the citacions used to support this opinion invalidates their arguments. Misleading interpretations of data relative to killer whales’ cognitive and emotional needs, as well as specious and unsubstained comparisons with states experienced by humans with posttraumatic stress disorder and other conditions, represent a number of strategies used to misrepresent knowledge regarding killer whale welfare. These misrepresentations and fallacies are inconsistent with scientific ethical standards for credible, peer-reviewed journals (ICMJE, 2018) and are barriers to rigorous discourse and identification of strategies for optimizing killer whale welfare.

Assertions in the paper amount to nothing more than a compilation of conclusory, philosophical statements. We would also like to mention that manuscripts such as Marino et al.’s do great damage to the fields of comparative psychology and to behavioral science as a whole.