This cockatoo species is in critical danger of extinction. With less than 750 specimens in the wild, LPF has been working continuously since 1999 to ensure this species’ survival.

The Philippine cockatoo is a bird species classified by the IUCN (International Union for Conservation of Nature) as Critically Endangered. 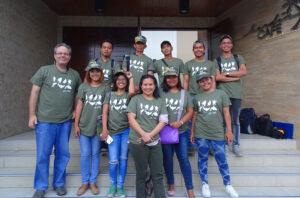 Currently, its wild population is estimated at 430-750 individuals, mainly distributed in the forests and mangroves of the island of Palawan and nearby islets. In the past, the range of this cockatoo included almost every island of the Philippine archipelago.

Intense habitat loss caused by deforestation and commercial trapping has brought this species to the brink of extinction. Therefore, Loro Parque Fundación has been supporting the local Katala Foundation since 1999, aiming at recovering populations of this species through conservation efforts to reduce their threat level. 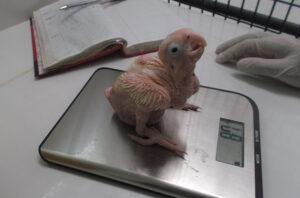 Our main efforts have been focused on protecting nests and creating nurseries to ensure reproduction of wild specimens, as well as successful breeding.

Environmental education has been one of the most relevant actions in this project, carried out together with the Katala Foundation. Raising awareness among the local population has been crucial in reducing the number of nest plundering. This active participation of the population and local authorities has led to the establishment of protection areas for the species, such as the Rasa Island Wildlife Sanctuary, where a system of guards -former hunters- has been set up to protect nests from poachers.

This cooperation with the local population has also helped to restore natural habitats through reforestation projects. It has also contributed to creating sustainable livelihood alternatives for the local population that are not detrimental to nature conservation and protection of the Philippine cockatoo.