LPF is currently working on the study and conservation of the short-billed black cockatoo, endemic to southwestern Australia. This endangered species is threatened by the destruction of breeding areas.

The short-billed black cockatoo is endemic to the southwest of Australia. Between the 1970s and 1990s, more than one-third of the species’ range disappeared, leaving the cockatoo in grave danger. Its population is currently on a downward trend, and the IUCN (International Union for Conservation of Nature) has listed it as Endangered. 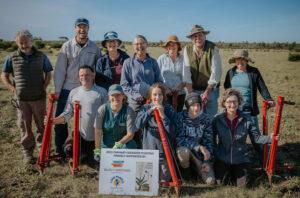 The main threat faced by the short-billed black cockatoo is the loss of feeding habitat. Since the 1950s, approximately 87% of feeding areas have been cleared

for agriculture, and the remainder faces degradation from increased soil salinity, fires, and diseases from introduced plants.

The short-billed black cockatoo feeds on seeds of different species in woodland, scrub and heathland. But its reproductive success is determined by the presence of heathland feeding areas within 12 km of their nesting site. However, these breeding habitats have also been greatly diminished, especially due to grazing by sheep and rabbits. The short-billed black cockatoo pairs remain loyal to their breeding sites, which can lead to the birds staying in the same unsuitable area for breeding after habitat alterations. 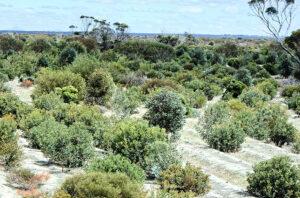 The actions promoted by Loro Parque Fundación within the Black Cockatoo Recovery Plan focus on replacing any loss of feeding habitat and increasing the area of foraging land near known breeding sites (within a 12 km radius), through regeneration and revegetation with species the cockatoos feed on.

This project, together with Bush Heritage, has succeeded in reforesting 400 hectares of land in the Monjebup Reserve in southwestern Australia, by replanting with species favoured by the short-billed black cockatoo, following the recent devastating fires in Australia. The reforested land is helping not only the cockatoo populations but also other native fauna.