This macaw species is critically endangered, with fewer than 1000 individuals in the wild and a declining trend. LPF has been working to save this species since 2009. 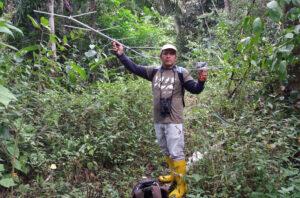 This species is listed as Critically Endangered (IUCN) due to its extremely rapid and continuous population decline. The nominate subspecies is found from Honduras to northwestern Colombia, and the guayaquilensis subspecies is endemic to western Ecuador, where it is found in two separate subpopulations. It inhabits mainly below 600 m, but occasionally at 1,000 to 1,500 m in the Darien. Breeding pairs usually produce 1-2 chicks per breeding season and in non-breeding season, it tends to form flocks that disperse over long distances in search of food. In Costa Rica, a study reported that orchids constituted 71% of its diet, however, the data came from a single macaw pair.

The species is in decline due to habitat destruction and trapping for illegal bird trade and overall, it is estimated that global population will decline by 80-99% in three generations. 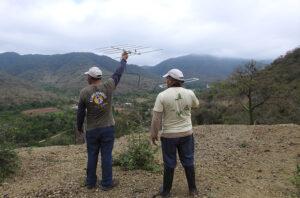 Loro Parque Fundación has worked on 5 conservation projects since 1997 to protect this species of macaw. Thanks to this project, several Ara ambiguus have been successfully reintroduced into the Las Balsas Protected Forest. These macaws are fitted with satellite collars to track their movements and follow their process of adaptation to nature, while at the same time obtaining information about the ecology of the species, feeding behaviour, reproduction, as well as possible causes of mortality. This effort, together with environmental education campaigns, has enabled a total of 149 macaw records to be obtained by 2021 at ten unique monitoring sites. In addition, in August and September 2020, 4 active Green Macaw nests were discovered within the protected forest of Las Balsas.